Divorce is the dissolution of a marriage and the return of each spouse to the status of a single person. The issues in a divorce are the division of community property, the division of debt, legal decision making (formerly known as child custody), parenting time (also known as visitation), child support, spousal maintenance (also known as alimony), and attorney's fees. This site answers many questions on these issues.

Divorce, as well as legal separation and annulment, is not an easy decision. Tom Morton knows this because he has been divorced. He also knows that the help of an experienced divorce attorney is essential in many divorces.

Residency Requirements and Grounds for Divorce

Divorce is a court process legally ending a marriage. In Arizona, divorce is called "dissolution of marriage." Arizona uses a no-fault divorce standard, and blame or responsibility of one of the spouses isn't needed to divorce. The only question for the court when a "standard" marriage is involved is whether the marriage is "irretrievably broken." This means there's no reasonable chance the spouses want to keep the marriage together.

Arizona provides a second marriage type, called a "covenant marriage." It differs from a standard marriage in the steps needed to get married, such as premarital counseling, and requiring grounds for separation or divorce. The grounds for this marriage type are:

Either you or your spouse must be an Arizona resident for 90 days before filing for divorce. You file a "Petition for Dissolution of Marriage" in the superior court in the county where you live. Your divorce can be finalized without a trial if you and your spouse agree on issues of property and debt division, child custody and support.

A 60-day waiting period is required between service of court papers to the other spouse and the court's granting of a divorce. Expect finalization soon after the 60 days passes if there's agreement on key divorce issues. If these issues aren't settled, resolution of your cases depends on the court's schedule and the complexity of your case.

A consent decree is another method to resolve your case, and you may not need to go to court. You and your spouse must agree on terms for all issues, and the consent decree is presented to the judge. Once the judge signs it, your divorce is granted and is finalized.

Part of a divorce is the court's order for dividing the spouses' property and debts. Arizona is a community property state, meaning property acquired during marriage is treated as by owned by you and your spouse. It's the court's job to try to divide community or marital property equitably, unless one spouse shows "excessive or abnormal expenditures" by the other spouse. An equitable distribution is a fair, but not necessarily equal, distribution.

Marital misconduct isn't a factor. However, the court can look at excessive or abnormal use of community property, including actions of fraud, concealment or destruction. 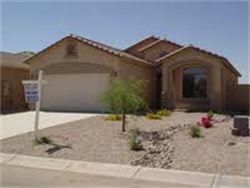 Property owned before marriage can remain the "separate property" of that spouse, who keeps it. Gifts or inheritance received during the marriage are also a spouse's separate property. A court can put a lien on this source to secure child or spousal support payments.

Property that is considered "separate property":

Be prepared with information on your property, including when you bought it, estimated value, details such as account numbers, and how you purchased it. You'll be ready to meet with an Arizona divorce lawyer and it can save you a lot of time and money.