Traditionally, there was nothing the non-custodial parent could do to prevent the other parent from moving with the children, except perhaps get more time when the children were not in school. In recent years, most states, including Arizona, have enacted statutes that directly addresses such an occurrence and make it much more burdensome on the parent who wants to relocate with the child or children.

If by written agreement or court order both parents are entitled to custody or parenting time and both parents reside in the state, at least sixty days' advance written notice shall be provided to the other parent before a parent may do either of the following:

1. Relocate the child outside the state.

2. Relocate the child more than one hundred miles within the state. 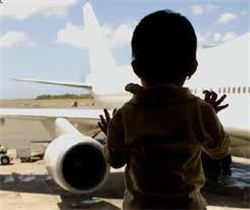 The notice requirement does not apply if a court order or written agreement of the parties dated within one year of the pending move allows the move.

The notice required by this section shall be made by certified mail, return receipt requested, or pursuant to the Arizona Rules of Civil Procedure (generally, by a private process server). A parent who does not comply with the notification requirements of this subsection is subject to court sanction. The court may impose a sanction that will affect custody or parenting time only in accordance with the child's best interests.

Within thirty days after notice is made the non-moving parent may petition the court to prevent relocation of the child. After expiration of this time any petition or other application to prevent relocation of the child may be granted only on a showing of good cause. This does not prohibit a parent who is seeking to relocate the child from petitioning the court for a hearing, on notice to the other parent, to determine the appropriateness of a relocation that may adversely affect the other parent's custody or parenting time rights.

The court shall determine whether to allow the parent to relocate the child in accordance with the child's best interests. The burden of proving what is in the child's best interests is on the parent who is seeking to relocate the child. To the extent practicable the court shall also make appropriate arrangements to ensure the continuation of a meaningful relationship between the child and both parents.

In determining the child's best interests the court shall consider all relevant factors including:

1. The wishes of the child's parents.

2. The wishes of the child.

3. The interaction and interrelationship of the child with the child's parent or parents, the child's siblings and any other person who may significantly affect the child's best interest.

4. The child's adjustment to home, school and community.

5. The mental and physical health of all individuals involved.

6. Which parent is more likely to allow the child frequent and meaningful continuing contact with the other parent.

7. Whether one parent, both parents or neither parent has provided primary care of the child.

8. The nature and extent of coercion or duress used by a parent in obtaining an agreement.

9. Whether a parent has taken the mandatory parenting class.

10. Whether either parent was convicted of an act of false reporting of child abuse or neglect. 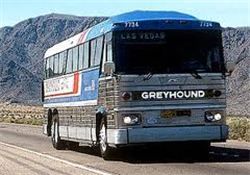 11. Whether the relocation is being made or opposed in good faith and not to interfere with or to frustrate the relationship between the child and the other parent or the other parent's right of access to the child.

12. The prospective advantage of the move for improving the general quality of life for the custodial parent or for the child.

13. The likelihood that the parent with whom the child will reside after the relocation will comply with parenting time orders.

14. Whether the relocation will allow a realistic opportunity for parenting time with each parent.

15. The extent to which moving or not moving will affect the emotional, physical or developmental needs of the child.

16. The motives of the parents and the validity of the reasons given for moving or opposing the move including the extent to which either parent may intend to gain a financial advantage regarding continuing child support obligations.

17. The potential effect of relocation on the child's stability.

Historically, the law in Arizona allowed a custodial parent to move a child with little regard for the consequences for the child’s relationship with the other parent. The current trend, however, is for courts to not allow parents to relocate their children over the objection of the other parent without first proving that such a move would be appropriately in the child’s best interests. Therefore, long distance moves made merely on a lark, bad intent or for not well-thought-out reasons are often denied.

However, it is possible to persuade a court that the court should allow such a move. Attorney Thomas Morton has convinced a number of courts to allow moves, but have also successfully sought orders preventing such moves. We recognize the fact that each case is different and see the importance of discerning the key factors to each case, which helps us present the most convincing case to the family court judge.

Please feel free to contact the law firm of Thomas A. Morton for a consultation.